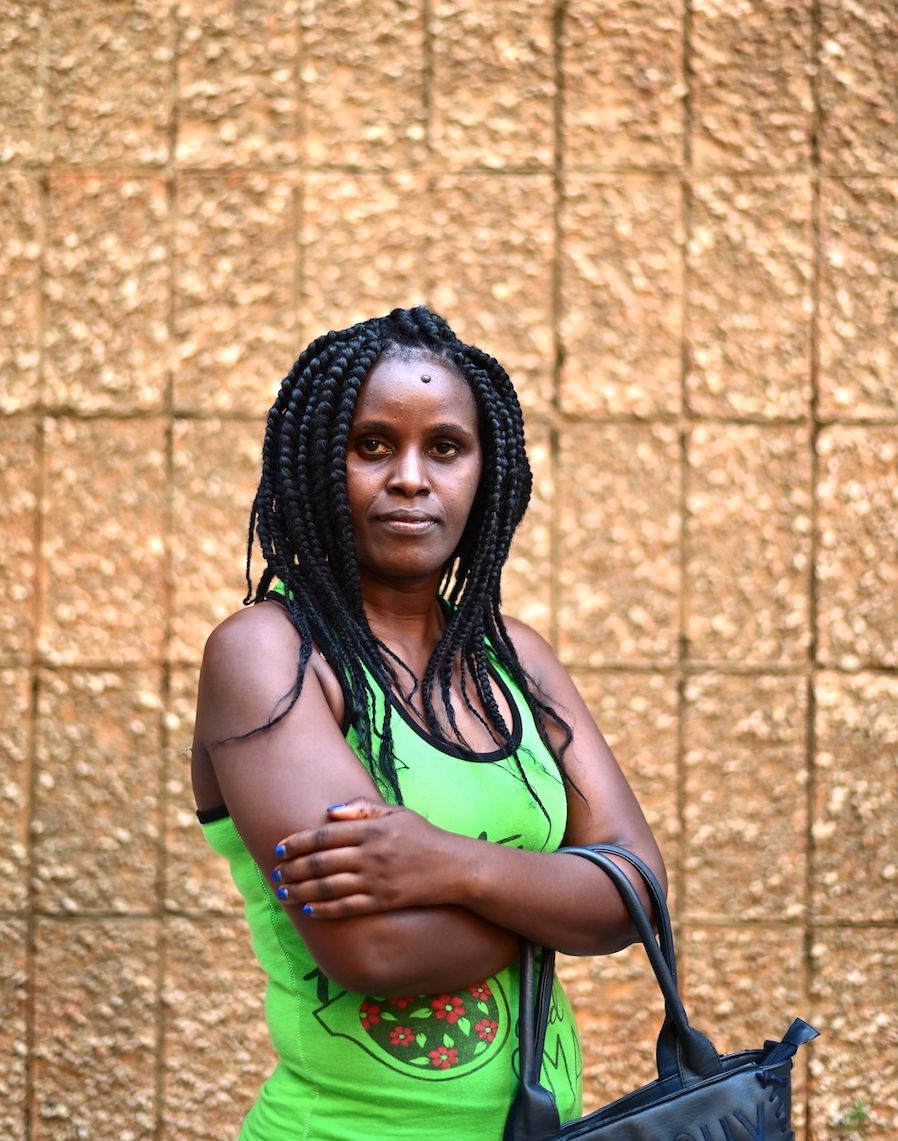 A Migrant in Kenya, A Refugee in Lebanon… Workers’ Rights Remain a Priority

“A person does not know to which countries and paths one’s life might lead.” This is what Olive believes in. While she was growing up, she never heard of a country named Lebanon.

Olive was born in 1990 in Kenya, in a family of 8. She had 6 siblings, out of which only 3 survived, two young men and the heroine of our story. Her father was a farmer who produced wheat and a number of other grains. However, crops were not enough – a fact which made life difficult for her and her family.

The young woman learned how to help her father at a young age, so she became a skilled farmer. Olive became an expert at sensing plans, knowing how to deal with them, and growing them skillfully and successfully. From the Earth, she learned patience. She also learned to exert effort and wait for the result, to appreciate fresh, natural products that she now sees as a luxury, while they previously were a daily staple in her life.

She attended the village school which she loved. Olive had a particular interest in sciences, which helped her understand many things, including facts about plants and agriculture. She was able to balance between her school work and helping her father in farming, until she obtained her highschool certificate. The young woman wanted to pursue a degree in Nursing; however, the high financial costs put a dent in her plans and stopped her from realizing her ambition. Paying 3000 USD for five semesters in college was definitely out of the question. She then worked for a while at a nearby pharmacy and clinic while trying to figure out how to achieve her dreams.

However, Olive did not have time to think and hatch her plans. Civil conflicts between local tribes and political parties erupted because of elections. The situation worsened, violence increased, and destruction did not spare anyone. Their crops were burnt and their house was destroyed. The family fled to a safer place and the young girl’s ambition became an unattainable dream.

Olive did not have time to think and hatch her plans. Civil conflicts between local tribes and political parties erupted because of elections. The situation worsened, violence increased, and destruction did not spare anyone. Their crops were burnt and their house was destroyed. The family fled to a safer place and the young girl’s ambition became an unattainable dream.

She moved into town alone to live with her paternal grandmother, where she passed through many hard days. The young woman sometimes slept in the street and took on the added responsibility and the great joy of becoming a single mother to a beautiful child.

Following that, someone approached her father about the idea of working in Lebanon. He portrayed it as working while studying, meaning that Olive would be working in domestic service and would attend university when necessary to pursue the specialization that she loved. “They lied to me and my father.”

Leaving her newborn behind in the care of her grandmother, Olive left for Beirut in 2011. When she arrived, she immediately learned that she had come to replace a woman from Nepal who was working for a Lebanese family. She instantly knew that she would not be able to pursue her studies and that her salary will not exceed 200 USD per month.

She started crying and returned to the recruitment office in tears. Luckily, the manager there was different from many of his colleagues, as he was both understanding and kind. Despite the difficulty in communication, she managed to stay in the office for months. Following that, she worked for a Lebanese family, caring for an elderly woman, in addition to completing other house chores. It was an exhausting and continuous effort, but Olive saw in that experience an opportunity to learn more about Nursing, her initial dream. She remained in this household for 3 years, working and sending money to her family to support them and her child. In 2014, she decided to visit her country after several years abroad.

After a quick two-week visit, a lack of savings and opportunities to work in her home country, Olive returned back to Lebanon and worked in a “Poker” place, serving coffee, tea, and water. “It was a good job. My salary plus tips were fair.” However, a year later, an order came directly from the General Security preventing foreigners from working in these stores.

She then took paid online lessons in the art of massaging and obtained a certificate in that. Olive loved learning skills in massage and physical therapy, perhaps not in a completely systematic and medical way, but in a way that allowed her to feel the pain of others, work on remedying it, and feel the satisfaction of lifting it off the shoulder of the one in pain.

Protests started in Lebanon in 2019 after economic conditions began to decline and then collapse. Olive’s peers lost a huge chunk of their purchasing power with the depreciation of the local currency, especially after many employers refrained from paying them their dues. The Beirut Post explosion made matters worse. The conditions of the country’s population, both citizens and residents, went from bad to worse.

The severe negative effects of the collapse in Lebanon affected various groups and nationalities, especially those who are more vulnerable including low-income Lebanese individuals and families, Palestinian and Syrian refugees, as well as foreign workers… The latter category includes domestic workers, cleaning staff and the like, who often come from African and East Asian countries, from underprivileged societies. It is a group that has been suffering grave violations since before the current crisis.

The Lebanese Labor Law, despite its development, was and still has a wide door to pass violations against these vulnerable women, who are frequently deprived of fair wages, freedom of movement, limiting working hours, or taking off on weekends. The records of organizations concerned with documenting these violations against affected women are filled with a large number of cases involving moral or physical violence, sexual harassment, or suspicious cases of suicide.

All this increased – in terms of quantity and quality – with the actual decline in Lebanese citizens’ incomes and their severely limited ability to pay the salaries of these domestic workers, which usually range between 200 and 600 USD, in a country where the minimum wage today is around 50 USD.

Olive went to her country’s consulate to renew her expired passport. They asked her for 400 USD to do that, instead of the usual 50 USD fee she pays in her own country. She obviously did not have this amount, and she then “discovered the corruption of the consulate and the role local officials play in that.” It was impossible to renew her residency without a valid passport; therefore, Olive was left without residency and her presence became illegal, which made her life, movement, and work more difficult. The aforementioned corruption and the high cost of renewing identity documents contributed to the challenge of working foreign women from returning to their countries, as most of them do not have the necessary means to do so, especially with the collapse that the country is witnessing.

By chance, Olive met a female foreign worker in a pitiful condition; therefore, she tried to help her and secure her needs as much as she could. Through this woman and many more, she started receiving calls asking for help. She then learned, through Facebook, of a sit-in in front of the Kenyan Consulate in Beirut to demand the fulfillment of its duties towards its citizens and to help them return to their country as they are lacking basic rights of food, drink, and shelter. Olive did not believe that the protest will actually take place, but when she saw the women starting to gather there, she met them and participated in a long sit-in despite challenging weather conditions and the spread of COVID-19. They demanded help for women who had previously received many unfulfilled promises, even those who were admitted to a shelter belonging to a well-known international organization and were treated poorly.

Olive did not believe that the protest will actually take place, but when she saw the women starting to gather there, she met them and participated in a long sit-in despite challenging weather conditions and the spread of COVID-19. They demanded help for women who had previously received many unfulfilled promises

Interviews with a sample of foreign workers revealed the extent and type of violations they faced. Most of them suffered from their salary being withheld for months. In one documented case, a worker did not receive any salary or financial allowance for 5 full years of working in a family home. It also seemed clear that moral violations represented by racist behaviour and expressions against domestic workers were more deeply-rooted in their memory than those related to long working hours or deprivation of salary.

Furthermore, side conversations with some of these women when sharing videos and photos of their countries and societies, clarified the extent of misery and destitution that they experienced there, and the presence of a de-facto power, which results in harsh imposed conditions and lifestyles on residents of some neighborhoods that are “partially’ outside of government control. This might explain why women accept the “adventure” of traveling and working without any guarantees, in pursuit of the dream of a decent life for themselves and their families.

Olive wanted to convey the women’s voices to her country’s government to get it to act. She contributed to the publication of posters and demanded the rights of working Kenyan women. She advocated for and supported her female peers, in terms of daily financial needs, as well as in terms of medical treatment and psychological follow-up of cases of women who suffered from trauma as a result of the difficulties and violations they went through. She contacted Doctors Without Borders as well as other parties and individuals interested in helping, in order to secure some basic life necessities. She became the target of those affected by her activities; including local beneficiaries and parties connected to the consulate, which they considered her a nuisance and a great source of inconvenience. “At that moment, I felt that this was the time for me to fight; to preserve my life and the lives of my female colleagues.”

At that moment, I felt that this was the time for me to fight; to preserve my life and the lives of my female colleagues.

The International Organization for Migration (IOM) facilitated the travel of some of these women to their home countries. Olive and her fellow citizens’ voluntary protests yielded many positive results despite all the risks, but she is still afraid of being harassed because of her activism. Today, she is getting ready to go back to Kenya after 10 years of living and working in Lebanon.

Despite the return of most of these women to their countries, and the return of a thousand others, the “recruitment” of new foreign workers did not stop – even if it has declined significantly. Thus, it seems from the experiences described above that violations will not stop.

Olive does not exactly know what she will be doing in Kenya. “I need some time to understand the current situation there, as I do not know the reality that must have changed over time.” She dreams of opening a beauty and massage center, if the resources are available to her. The young woman came to Lebanon after she was displaced in her own country, to become a refugee here, in terms she used, but she will continue to fight for the right of workers everywhere. “Making them happy makes me happy in return.”

This blog is sponsored by

“Kareemat”, Najla’s Spontaneous Initiative: From Syria, to Kilis, to the World 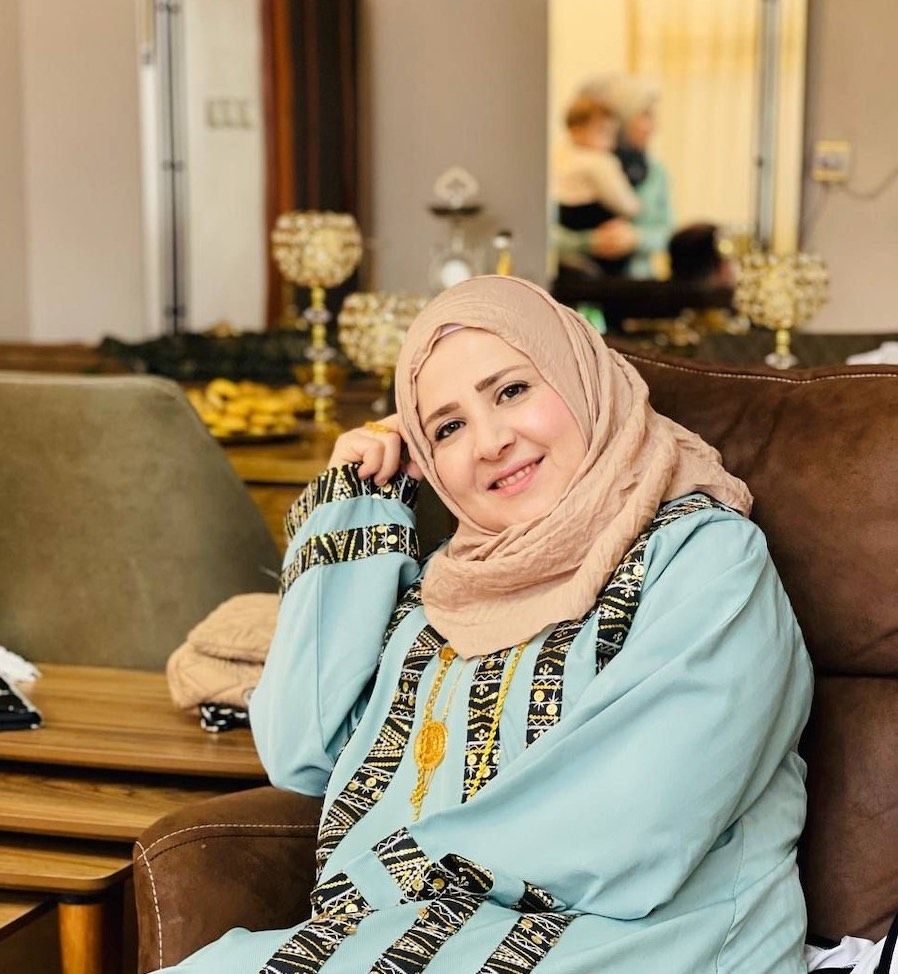